CALIFORNIA.STATERECORDS.ORG IS A PRIVATELY OWNED WEBSITE THAT IS NOT OWNED OR OPERATED BY ANY STATE GOVERNMENT AGENCY.
California.StateRecords.org
California Criminal Records
Criminal Justice System

California’s Criminal Justice system is responsible for providing public safety by deterring and preventing crime, punishing offenders, and reintroducing those who have served their time back into the community. The criminal justice system is based on the body of laws that define crimes and offenses, and specify what punishments are appropriate for those crimes.

There are three types of crimes that are defined by California State law: felonies, misdemeanors, and infractions.

California law also defines certain crimes as “wobblers” or offenses that fall under one type of law but are charged as a different type of law, such as a misdemeanor that is charged as a felony. 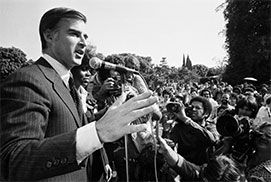 Determinate Sentencing went into effect in California in 1976, and enacted a new sentencing structure for felonies. Under this structure, felony punishments have a defined release date based on three different options, or a “triad” sentencing structure. A first-degree burglary, for example, can be punished by either a two, four, or six year sentence. Based on the circumstances surrounding the offense, the court can raise, or lower the punishment within these parameters.

There are still punishments carried out under Indeterminate Sentencing, but these are usually reserved for the most serious crimes, such as first-degree murder.

California’s Criminal Justice System has a four stage processing structure. Those four stages are the commission of the crime, arrest by law enforcement, prosecution of a case in court, and detention and supervision by corrections agencies. 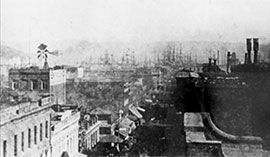 After a crime is committed and reported to the authorities, the alleged offender(s) are arrested by law enforcement officers. The majority of arrests are for misdemeanor offenses. Of the 166,588 crimes reported in 2015, the majority were committed by adults, and were non-violent. California state sentencing laws are primarily enforced at the local level by country sheriffs and city police, but the state does have a limited role in law enforcement. The California Highway Patrol has a smaller number of officers to ensure safety and enforce traffic laws, but they do provide law enforcement for crimes committed on state highways and country roads. The state also provides law enforcement for state-run areas such as state parks and college campuses. The California Department of Justice provides expertise to local police and sheriffs in the investigation of crimes that exceed local jurisdiction, also known as multi-jurisdictional crimes. One example of such a situation is widespread organized crime.

Once arrested, an individual may be charged with committing a crime. They then must go through California’s trial court system to determine a final verdict. Trial courts are funded by the state, though local governments are responsible for providing district attorneys and public defenders. Including all types of criminal cases, there were over 8 million filings in California trial courts in 2009 to 2010. Of those, only a few hundred thousand of these are felonies committed by adults, and of those adult felonies, around 80 percent result in a guilty verdict. Federal criminal law is limited to the powers of the federal government laid out in the constitution. Because of this, most federal criminal laws adhere to the federal government’s role in the regulation of interstate commerce, immigration, and the protection of federal facilities and personnel. As a result, federal law enforcement and prosecutions tend to focus on non-violent crime like drug trafficking, immigration issues, fraud, bribery, and extortion.

A brief documentary of the California court system.

The final component of the criminal justice system is commonly known corrections. In California, adults convicted of a felony are usually placed under the supervision of a corrections facility. 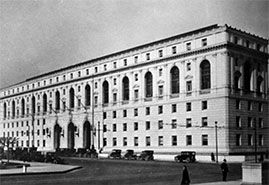 The present day center of criminal justice in San Francisco, first established in 1923, at 350 McAllister Street. 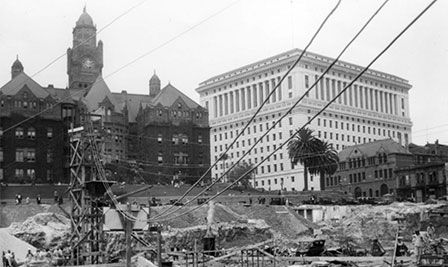 Hall of Justice in 1927, with work proceeding in a nearby quarry that would soon be the Los Angeles City Hall. Behind and to the left stands the old County. 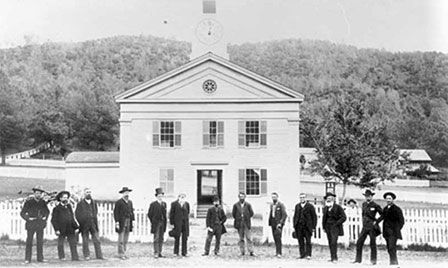 Mariposa County Courthouse with 13 county officials. Taken in the 1880s.

The first criminal courts in California were authorized in 1924, which permitted the establishment of municipal courts in cities and counties that had populations of over 40,000 citizens. The first municipality to establish a criminal court was Long Beach, when they established their court with 5 judges in 1925. Just 5 months later, Los Angeles followed suit with a court of 24 judges. San Francisco would introduce their 12 judge court five years later in 1930, with other municipalities introducing their own courts as needed to modern day. Long Beaches Courthouse has since been demolished, but the Los Angeles courthouse, known as the Hall of Justice, still exists today. While it remained shuttered after sustaining damage in the Northridge Earthquake of 1994, it was reopened in 2014. The oldest courthouse in California is the Mariposa County Courthouse, which was founded during the California Gold Rush in 1851. While it is not founded as a municipal courthouse, its role was important in establishing law in California, and dealt mostly with mining law in its early days.